Welcome to my blog! This is a place of information and hope for fellow Canadians who are suffering from Lyme disease. I want to share with you the knowledge I have gained during my fight with this debilitating, frightening, and misunderstood illness. I hope you will be blessed.

Thank God It's Summer.  And I don't mean that flippantly.  I'm so grateful to God for these two months off to get some health matters dealt with and to give myself some time to recuperate.  (I'm a teacher, and here in Canada, we do not teach classes during the months of July and August.)

So first off, I underwent surgery (unrelated to Lyme) under general anesthetic 5 days ago.  I wasn't worried about the surgery beforehand which I consider to be a gift from God, given my history of worrying.  It was a fairly routine surgery, but with the slight possibility of bringing bad news when the pathology report comes back in a few weeks.  But I'm OK.

What is troubling me more is the flare-up of my Lyme symptoms since the general anesthetic.  Wow!  That threw me for a loop!  The night after my surgery, I could not fall asleep because that full-body buzzing/vibrating feeling returned in full force.  I couldn't believe it.  I had been in remission.....yes, symptom-free!.....for months and had finally gotten off all the drugs.  I was so ready to get my weight down and my poor body back in shape over the summer months.

An email was promptly sent to my LLMD who confirmed that yes, general anesthetic along with stress can exacerbate symptoms, and to give it a week before going back on antibiotics.  I hope that my nervous system will settle down in the next week.  I'm going to re-start some supplements to help with nerve repair and inflammation:  B6, alpha lipoic acid, and curcumin.  I've also decided to re-start Banderol and Samento.  Perhaps they will take care of the bacteria and I won't have to resume antibiotics.  Time will tell.

It's been interesting seeing doctors' reactions to my health history which has to be detailed before surgery.  I'm always asked about the "chronic Lyme disease" that I list.  They're not asking in a disbelieving way, but are usually interested in what my symptoms are and when/where I think I was bitten.  It's a nice opportunity to slip in a little education for the medical community as I tell them a bit of my story and that I'm being treated in the U.S. because they won't treat chronic Lyme disease here in Canada.  I visited a dental surgeon the other day who said, "Lyme disease?!  You and Avril Lavigne!"  "Yes", I said.  "My story and hers are identical."  So thank you, Avril, for going public.  This is such a fight, such an uphill battle, that we need all the help we can get to make the powers that be aware.

I'm starting to wonder if you ever really get over disseminated Lyme disease.  I think not.  It goes into remission, but you need to be so careful about taking care of yourself so it doesn't spiral out of control again.  So, T.G.I.S.  I need this time to get my body ready to take on the challenges of a new school year in September.  I'll let you know how it goes.

Have a wonderful summer, everyone!  Blessings! 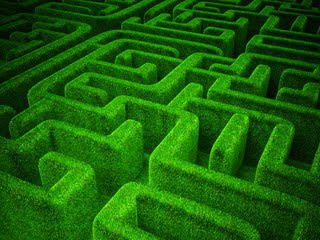 PM
I am a Canadian wife, mother, teacher, Lyme patient, and Lyme advocate. My journey with Lyme began in 2011 and continues to this day.

I am not a doctor or medical professional. I am not endorsing any particular treatments for individuals. I simply wish to share what has helped me during my struggle with this illness. The content on this blog is for informational purposes only. Please consult a Lyme-literate doctor to evaluate your condition.

Where ticks are hiding